The Hessian soldiers who fought for the British in the American Revolution did not come to the New World of their own free will.

The troops comprised conscripts—school dropouts, servants without masters, bankrupts, idlers, drunkards, the unemployed, troublemakers, and any other “expendable” man who was healthy and under 60. Their societies saw them as anything but the best and brightest.

“Hessian” is catch-all term for soldiers rented out to the British by Frederick II, the landgrave of Hesse-Kassel, and five other German rulers. In Hesse-Kassel, the fee was the equivalent of 13 years of tax revenue, and Landgrave Frederick used it for the public good. He left a full treasury, founded museums and schools, and had a taste for expensive buildings.

About 30,000 soldiers crossed the Atlantic between 1776 and 1783. At first, they were well trained and well equipped. As the war dragged on, it became harder to find men who would make good soldiers.

Although the soldiers received wages, military service was dreaded, and sometimes recruitment was really kidnapping. Once the recruit was pressed into service, the officer needed to get him to the garrison. Desertion at this stage was common enough that the officer had his charge under constant guard and followed complicated procedures such as avoiding large towns and places where the recruit had previously served.

The officer was armed with a sword and gun and might have had a dog. He kept his captive in front of him and warned that a misstep would cost him his life—the captor would be excused for a dead recruit but not a living deserter. If the pair stayed at an inn along the way, the officer chose an innkeeper he knew was on his side. When conscript and guard retired for the night, both of them undressed, and the guard’s weapons were stored in a different room so that the conscript wouldn’t use them against his captor.

The local populace might sympathize with a captive, but they paid a high price if they helped him. If the conscript escaped in a certain village, its inhabitants would be forced to hand over one of their own as tall as the deserter or they might be extorted to pay a fine. Anyone caught assisting a deserter lost their civil rights and faced death or prison and flogging.

Once part of an army, soldiers were subject to harsh discipline. Thirty lashes was the most common punishment. A man guilty of a more serious offense, like participating in a failed mutiny, was forced to run through a gauntlet and be pummeled with cudgels—repeatedly. Ringleaders of such a plot were hanged, unless the prince showed mercy and imprisoned them indefinitely.

The months-long crossing of the Atlantic could be horrific. One conscript describes soldiers being packed like herring, with the taller men unable to stand upright. They were served rotten pork and biscuits with maggots, and their drinking water stank and had filaments. 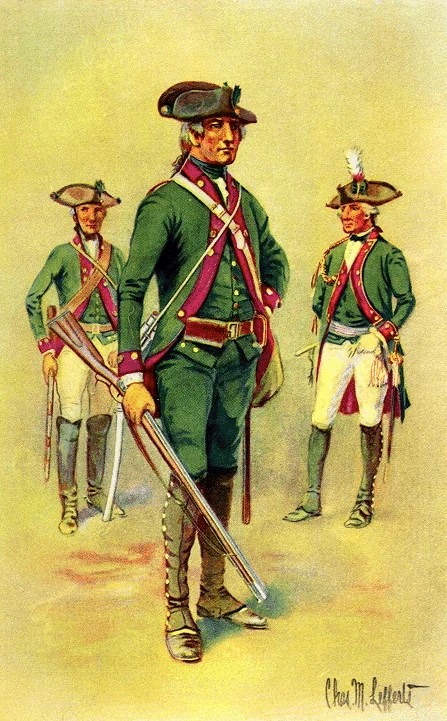 Among the Hessians, there might have been varying attitudes. They probably didn’t know what the Americans and British were fighting about. The officers might have believed anti-American propaganda and thought Congress to be despotic. Common soldiers might have seen their stint in the New World as job to do on behalf of their country. Others might have wondered why they were fighting in a war that had nothing to do with them. Frederick of Prussia, also known as Frederick the Great, said as much to his nephew, Margrave Charles Alexander of Anspach, when refusing to let troops pass through his lands: “My astonishment increases when I remember in ancient history the wise and general aversion of our ancestors to wasting German blood for the defense of foreign rights, which even became a law in the German state.”

Perhaps, my ancestor Johann Gebel, a common soldier, shared Frederick of Prussia’s sentiments. Born in the Principality of Waldeck, he turned 20 the same year the colonies declared their independence. If I am to believe family lore, Johann didn’t want to fight.

We don’t know for certain what happened to him while he was a soldier, but he likely deserted when he was a prisoner of war, especially if he was offered land in addition to his freedom. This also was a chance to escape the beatings in the military and not to endure another crossing of the Atlantic. In America, he had an opportunity to be a respectable citizen in a German-speaking community, quite a contrast to an expendable conscript.

Whatever his reasons, Johann was among the Hessians who decided to make their home in postwar America–where people who once fought each other had to learn to live together.

Images are by Charles M. Lefferts (1873-1923) and are in the public domain, via Wikimedia Commons.

The Hessians and the Other German Auxiliaries of Great Britain in the Revolutionary War by Edward J. Lowell

“The Hessians” by Russell Yost, The History Junkie

I chose to feature Hessians in today’s post for English Historical Fiction Authors to better understand one of my ancestors, Johann Gebel.

He had a decision to make, one that affected the family for generations: does he stay with the Hessian army or does he desert and forsake his home and his parents across the Atlantic?

We don’t know a lot about Johann. Even the spelling of his name varies. Nor is there direct evidence that he was a Hessian soldier, but circumstances point to his service in this army of conscripts who faced harsh discipline. Johann was born February 11, 1756, in Waldeck, one of the six principalities to rent troops to the British. He was 20 when America declared its independence. If he was healthy and “expendable,” he was a prime candidate for the army.

According to family lore, Johann did not want to fight. Possibly, he saw this as a war among foreigners, and it had nothing to with him or the defense of his home and country.

There are variations in what happens next. He was shipped across the Atlantic by himself, or he was one of three brothers who deserted, or he was one of seven brothers who split up to fight for the Americans. The first story is most plausible to me. He somehow wound up in Havana as a prisoner of war and deserted the Hessian army.

Maybe the promise of freedom lured him. He would be out of jail and free of the beatings in the military. Plus, he had a shot of being a respectable citizen rather than an expendable conscript.

After the war ended in 1783, he was living in the States and married Elizabeth Bens Martzall (or Marzell), perhaps in 1789. They had a son, John Gable, six years later; the anglicized version of the name shows they were assimilating to the young country. Johann moved around in Pennsylvania a few times before finally settling in 1803 in Warwick Township in Lancaster County. He would remain there until his death at age 96 in 1852. 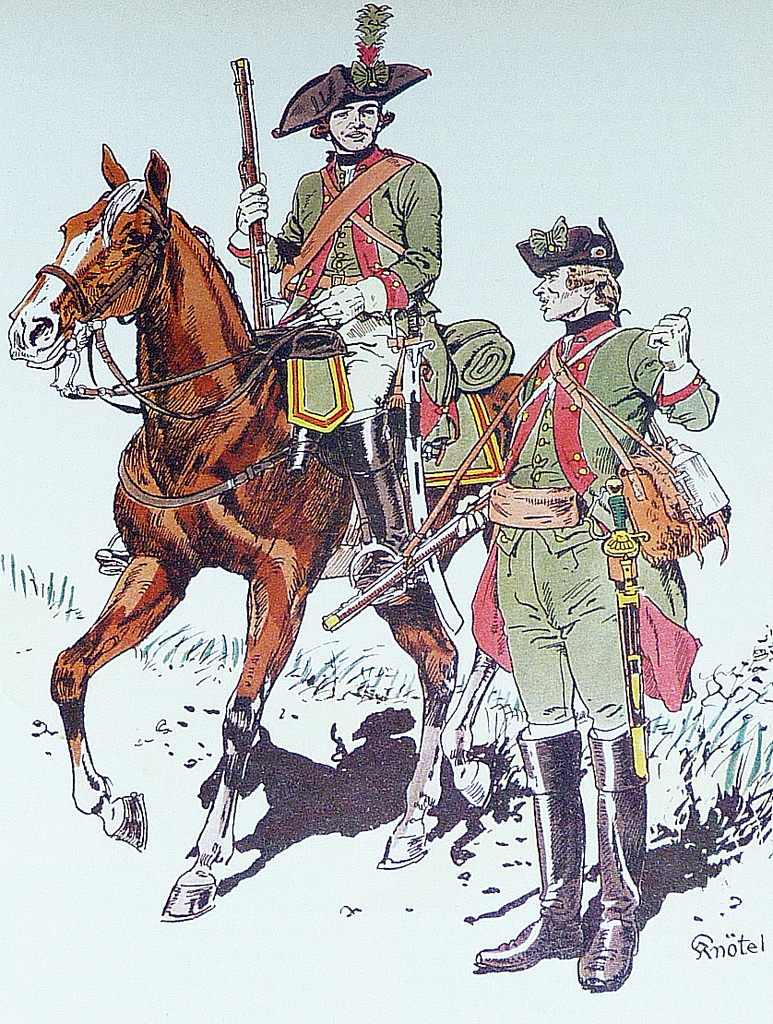