Writing a guest post comparing historical novelists and journalists reminded me of another consequence of a society having only a select few who can write: no fair, independent truth-tellers.

In Charlemagne’s day, writing was left to the clerks. Charlemagne himself could read but not write, despite some attempts later in life to scratch out letters on a wax tablet. Those clerks served the Church or were employed by an aristocrat. Their purpose was to do what the boss wanted, not provide a fair, objective account of events for the masses.

Not that it would make much difference for medieval folks. While secular and Church nobility formed alliances with royalty, commoners had no say in who would lead them. As imperfect as our politics are today, our citizenry does have that say, and the independent voices of journalists are critical in decision making.

Journalists aren’t perfect—no one is. And I, a former newspaper reporter and editor, am the first to criticize short-sighted corporate decisions in the interest of the next quarterly profit. But the people who shared the newsroom with me were honest professionals verifying their facts and trying to tell all sides of a story.

For more about how novelists and journalists face similar issues, see my post at Home Row. 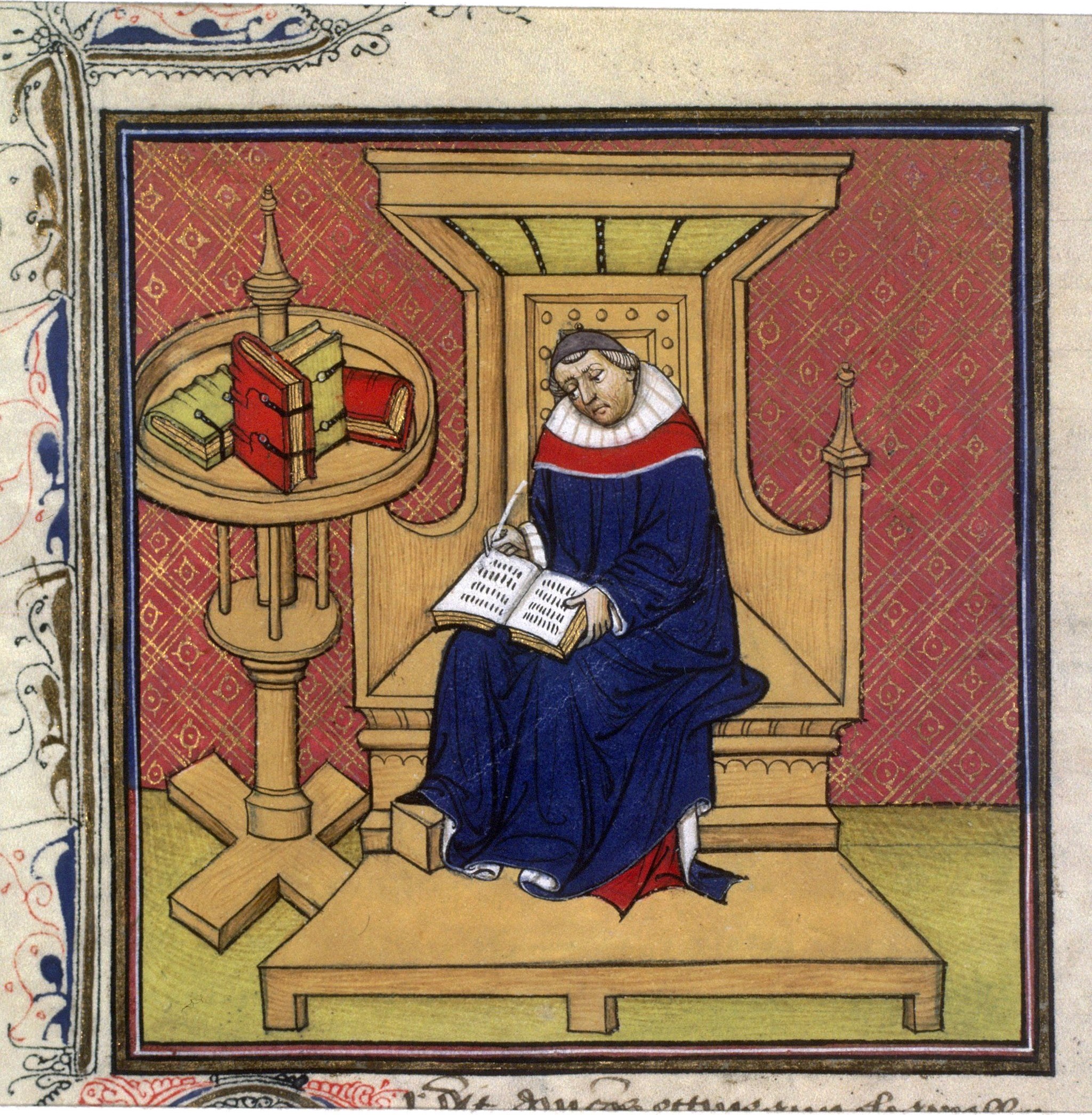 Not a journalist: Einhard’s biography of Charlemagne is far from an objective account (15th century, public domain, via Wikimedia Commons)

Gossip goes a long way back; even the Bible warns against it.

For good reason. Gossip can be mean-spirited, destructive, and full of lies. Today’s anonymous message boards make the back fence even more widespread, and they make the work of objective, professional journalists (defined here as ethical, educated communicators who verify before they publish) even more important.

Yet before professional journalism, gossip served an important societal function. Before the printing press, it was the means of communication. Aristocrats need more information than the handful of letters they received from their rulers and their friends. They needed to know who was feuding with whom–gossip, often brought in the form a visitor such as a merchant.

A recent NPR story suggests evolutionary reasons for gossip, especially our fascination with it. When early human lived in small groups, knowing that someone was untrustworthy or a rival for mate could be a means of survival.

We have better options today. I refuse to read anonymous message boards because any old piece of garbage can and does get posted. Despite what the extreme right and left will tell you, the work of the mainstream media is the most reliable because most of the people who there will take great pains to publish only what they know to be accurate.