Charlemagne, Pepin the Hunchback, Queen of the Darkest Hour

In Queen of the Darkest Hour, I needed to make a choice: should Charlemagne’s eldest son, Pepin, have a deformed spine?

Pepin has been called Pepin the Hunchbacked through history—I did not make that up. We can credit (or blame) the monarch’s posthumous biographer Einhard, who described Pepin that way. He and Notker—a guy who embellished stories and made stuff up decades after the emperor’s death—are the only contemporary sources to do so.

Medieval writers did not stick only to known facts. Einhard already called Pepin’s mother a concubine rather than a wife. (Readers of this blog will remember why I think Himiltrude was indeed married to Charles.) Could Pepin’s physical imperfection be an invention to further delegitimize him? Such an imperfection would be a sign of God’s displeasure and make Pepin, who later rebelled against his father, unfit to rule.

Unless Pepin’s skeleton is found somewhere, the answer remains a mystery. As a novelist, I had to do what I always do: decide what works best for my story. Sort of. Pepin had stooped shoulders in my first two books, long before I knew I would make him a major character. In my version of events, he was stuck with the affliction.

His having a deformed spine worked to my advantage, after all. If the real Pepin was misshapen, we don’t know what he thought or felt. That is where the novelist steps in. It is possible he, like most medieval people, believed that his condition was God’s curse for a parent’s sin. And that provides the necessary resentment for him to plot against his father. 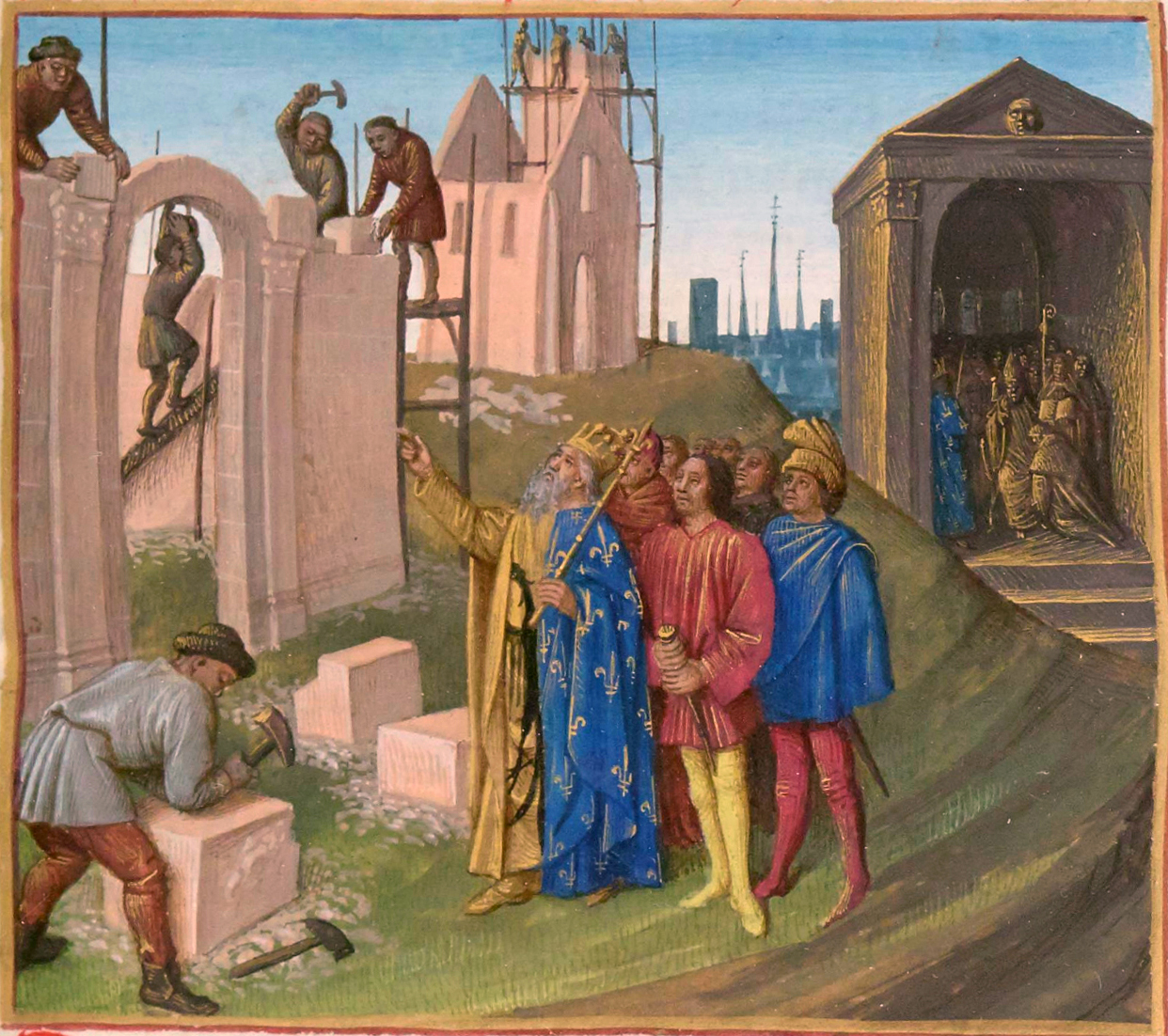 That guy on the ladder is supposed to be Pepin (15th century manuscript by Jean Fouquet, public domain, via Wikimedia Commons)

1 thought on “Was Pepin the Hunchback Really Hunchbacked?”