As I wrote my post about Ælfflæd, dedicated to the Church when she was a baby, I came to the realization that this 7th century royal family didn’t have a lot of luck with marriages.

One sister, wed to the son of her father’s enemy, might have played a role in her husband’s death. Another was murdered by her royal husband’s noblemen. Two brothers had wives who ended the marriage and took the veil.

Ælfflæd, on the other hand, went on to become an abbess at a center for learning—and she influenced Church and royal affairs. For more about her, see my post on English Historical Fiction Authors. 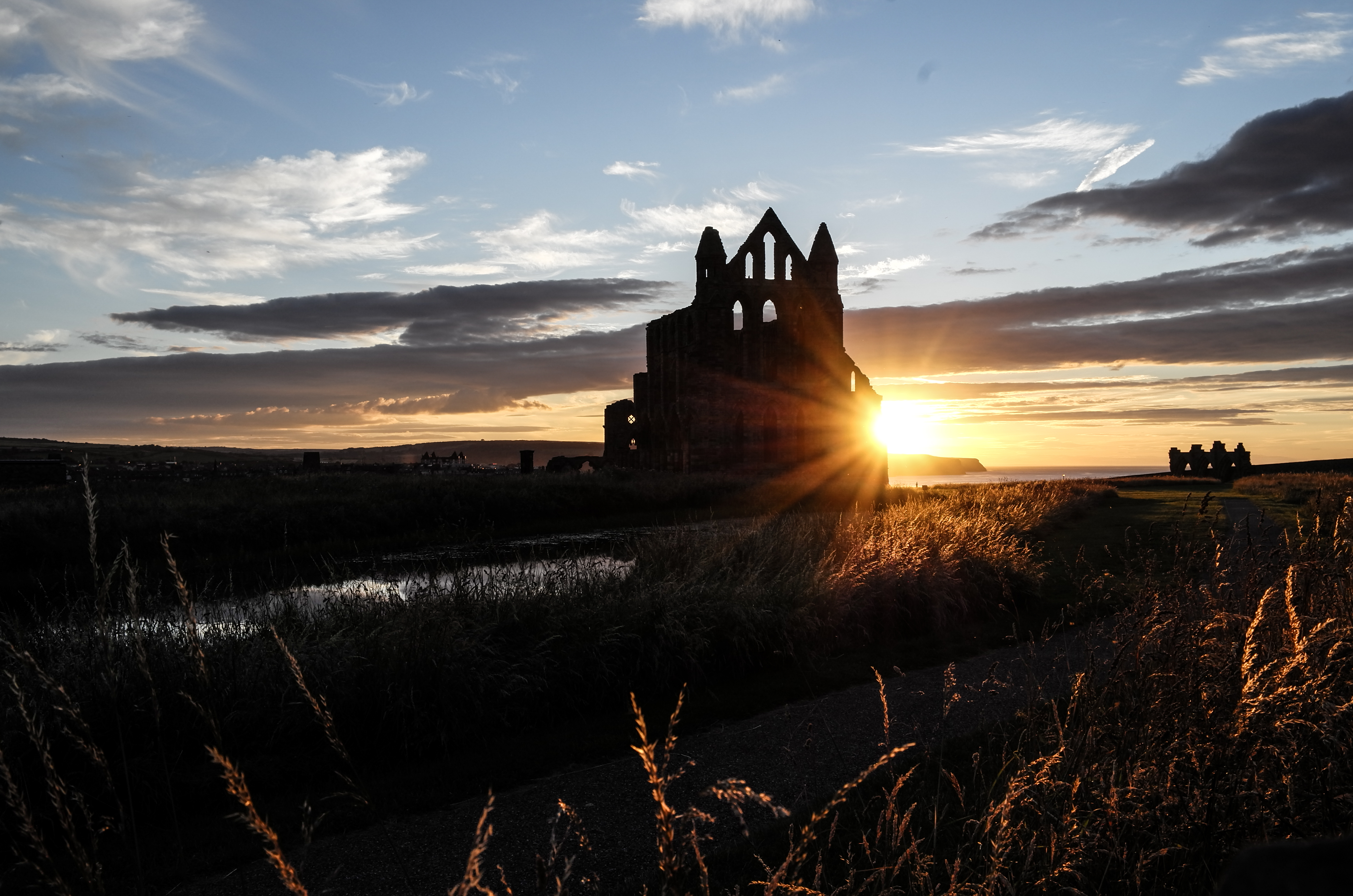 Let’s say an author has spent about 100,000 words give or take to tell a story about her favorite 8th century dysfunctional royal family and now must distill it to a heck of a lot less than that. This has been my task as I get Queen of the Darkest Hour ready for publication this summer. I’ve come up with a few options.

Short version for Amazon listing and my homepage (no tagline)

Francia, 783: As wars loom, Queen Fastrada faces a peril within the castle walls: King Charles’s eldest son, Pepin. Blaming his father for the curse that twisted his spine, Pepin rejects a prize archbishopric and plots to seize the throne. Can Fastrada stop the conspiracy before it destroys the realm?

Based on historic events during Charlemagne’s reign, Queen of the Darkest Hour is a story of family strife endangering an entire country—and the price to save it.

Francia, 783: Haunted by the Saxons’ attack on her home fortress, Fastrada marries Charles, king of the Franks. As more wars loom, Fastrada’s greatest peril lurks within the castle walls: her stepson Pepin. Blaming his father for the curse that twisted his spine, Pepin rejects a prize archbishopric and plots to seize the throne. Can Fastrada stop the conspiracy before it destroys the kingdom?

Based on historic events during Charlemagne’s reign, Queen of the Darkest Hour is a story of family conflict endangering an entire country—and the price to save it.

Longer version (with tagline, for website and maybe other places, like the back of the book–128 words total)

Francia, 783: Haunted by the Saxons’ attack on her home fortress, Fastrada obeys her father and marries Charles, king of the Franks and a widower with seven children and an eighth on the way by a concubine. As more wars loom, Fastrada’s greatest peril lurks within the castle walls: Pepin, son of Charles and the first woman he divorced. Blaming his father for the curse that twisted his spine, Pepin rejects a prize archbishopric and plots with his uncle and mother to seize the throne. Can Fastrada stop the conspiracy before it destroys the kingdom?

Based on historic events during Charlemagne’s reign, Queen of the Darkest Hour is a story of a family conflict endangering an entire country—and the price to save it.

I would love to know what you think. The top question: Do you want to read the story after reading a few words?

Charlemagne, Fastrada, Historical Fiction, historical novelists, medieval, Middle Ages, Queen of the Darkest Hour, The Ashes of Heaven's Pillar, The Cross and the Dragon, The Song of Roland

Charlemagne’s personal life rivals a soap opera. In 773, the beginning of my first novel, The Cross and the Dragon, he is twice divorced, married to wife No. 3, and about to go to war with his ex-father-in-law, the king of Lombardy, who is threatening Rome. I didn’t make any of that up. Oh, and his first cousin, the duke of Bavaria, is married to the sister of wife No. 2. And Charles had two sons named after their grandfather Pepin (the younger originally called Carloman).

But wait, there’s more. After Hildegard, wife No. 3, died, Charles married Fastrada, the heroine of the forthcoming Queen of the Darkest Hour. In 792, his eldest son, Pepin (also called Pepin the Hunchback) rebelled, planning to kill his dad and three half-brothers (the sons of Hildegard), and at least one scholar has speculated that Pepin’s mother, Himiltrude, wife No. 1, might have been involved. Spoiler alert: When caught, Pepin and his coconspirators blamed Queen Fastrada’s unspecified cruelty. Considering that Pepin had other reasons, like not receiving a subkingdom as his baby brothers did, one may rightly suspect Fastrada is being made a scapegoat.

After Fastrada died, Charles married Luitgard, probably after dating her for two years. Luitgard did not bear Charles any children, and that was probably why he married her. At the time, the emperor had three grown sons, each of whom expected a kingdom. If he had any more sons born in wedlock, it could lead to civil unrest. And that’s probably why he did not remarry after Luitgard died. Instead, he had several mistresses, who bore children. Those mistresses proved Charles’s virility and thus his physical perfection, a qualification for a king to rule. Physical abnormalities were believed to be a sign of God’s anger.

When a Frankish king died, each son born in wedlock got a kingdom. Although aristocrats did try to divorce childless wives, there was also such a thing as having too many sons as Charles’s son Louis the Pious found out the hard way. Louis’s first wife bore three healthy sons, and he divided his kingdom among them. Unfortunately, she died, and he could not remain celibate. So he married a girl half his age. The problem: she was fertile. And when she bore Louis’s fourth son, he had to find a way to accommodate the prince. One of the three older sons did not want to give up his land, and that led to civil war, the very thing Charles was trying to avoid later in his life.

Early medieval women were not delicate flowers awaiting rescue. Here are just a few examples. In the 770s, Charles’s mother, Bertrada, was a diplomat working to ensure peace between her sons, both of whom were kings, as well as Rome and Lombardy.

When Frankish King Carloman died, Charles seized his younger brother’s lands. But the widowed Queen Gerberga was not about to let her young sons lose their inheritance (or give up her power as regent) without a fight, even if it meant forming an alliance with the Lombard king, Charles’ ex-father-law angry over the divorce from wife No. 2.

Queen Fastrada was influential. A surviving letter from Charles to her implies that he counted on her to make sure the litanies to ensure God’s favor in a coming war were performed, very important in an age that believed in divine intervention.

The historical event that inspired The Song of Roland was not written down for decades. Many of us are introduced to Roland through the 11th century epic poem, but it is a form of historical fiction, light on the history and heavy on the fiction. For one thing, the perpetrators of the massacre were Christian Gascons (Basques), not Muslim Saracens. While researching what really happened during the 778 ambush at Roncevaux for The Cross and the Dragon, I found the earliest accounts were written a few years after the emperor died in 814. In fact, Charles’s official record says everything went well. So this massacre must have been traumatic to him.

Medieval people bathed. Aristocrats would take a bath once a week. OK, that is not as often as most of us in 21st century America, but it is more frequent than my teachers led me to believe.

Baths were a requirement for palaces, and bathhouses contained hot and cold pools. The bathhouse at the Charlemagne’s palace at Aachen (Aix-la-Chapelle in French) was spring fed and could accommodate up to 100 bathers. Abbeys also had baths for the residents, guests, and the sick.

Some people abstained from bathing but that was to atone for sin, similar to fasting.