Dark Ages, medieval, Middle Ages, pilgrimage, The Ashes of Heaven's Pillar, The Cross and the Dragon

In 779, Sister Elisabeth ­decides to embark on a pilgrimage, leaving the safety of the abbey where she has spent most of her life. With her womanly courses passing, Elisabeth guesses she is 50 years old. Having lived longer than most medieval women, she is keenly aware of her mortality and the possible fates for her soul in the afterlife. A pilgrimage is one way for her to do penance and spend less time in Purgatory, perhaps even avoid it.

With Elisabeth are her good friend, the lay sister Illuna, about age 35, and a man in his late 20s whom she calls Sebastian and introduces as an abbey tenant. If she and Illuna were younger, Elisabeth would worry about the risk to their virtue. At her age, she is more concerned about safeguarding her life and the jewels paying for the journey and has asked Sebastian for protection.

The other pilgrims in the group have their own reasons for travel. They might be seeking a cure for a disease or doing penance for a crime not bad enough to warrant execution.

In this era, Europe is covered with forests, and with progress at 12 to 15 miles per day, pilgrims could spend several days away from civilization in the form of a city, village, or abbey. In the woods, they start their day with sunrise prayers as the fire allowed to burn through the night still smolders. Sebastian and the men are tired from taking turns to watch for brigands. And they fear not only human enemies. Bread was left in the trees to appease kobolds, and the faithful hope their crosses will protect them from ghosts and demons and other creatures.

Camping near a stream, the pilgrims wash their faces and hands, and those who are hungry break their fast. Beer is the beverage of choice, but water is not out of the question. Then, it is time to load carts and saddlebags. Elisabeth rides a mule, the animal of choice for clergy, and Sebastian rides a horse, while Illuna drives a cart with supplies. Other pilgrims use oxen and horses to pull carts. Those who cannot afford livestock use a handcart instead. 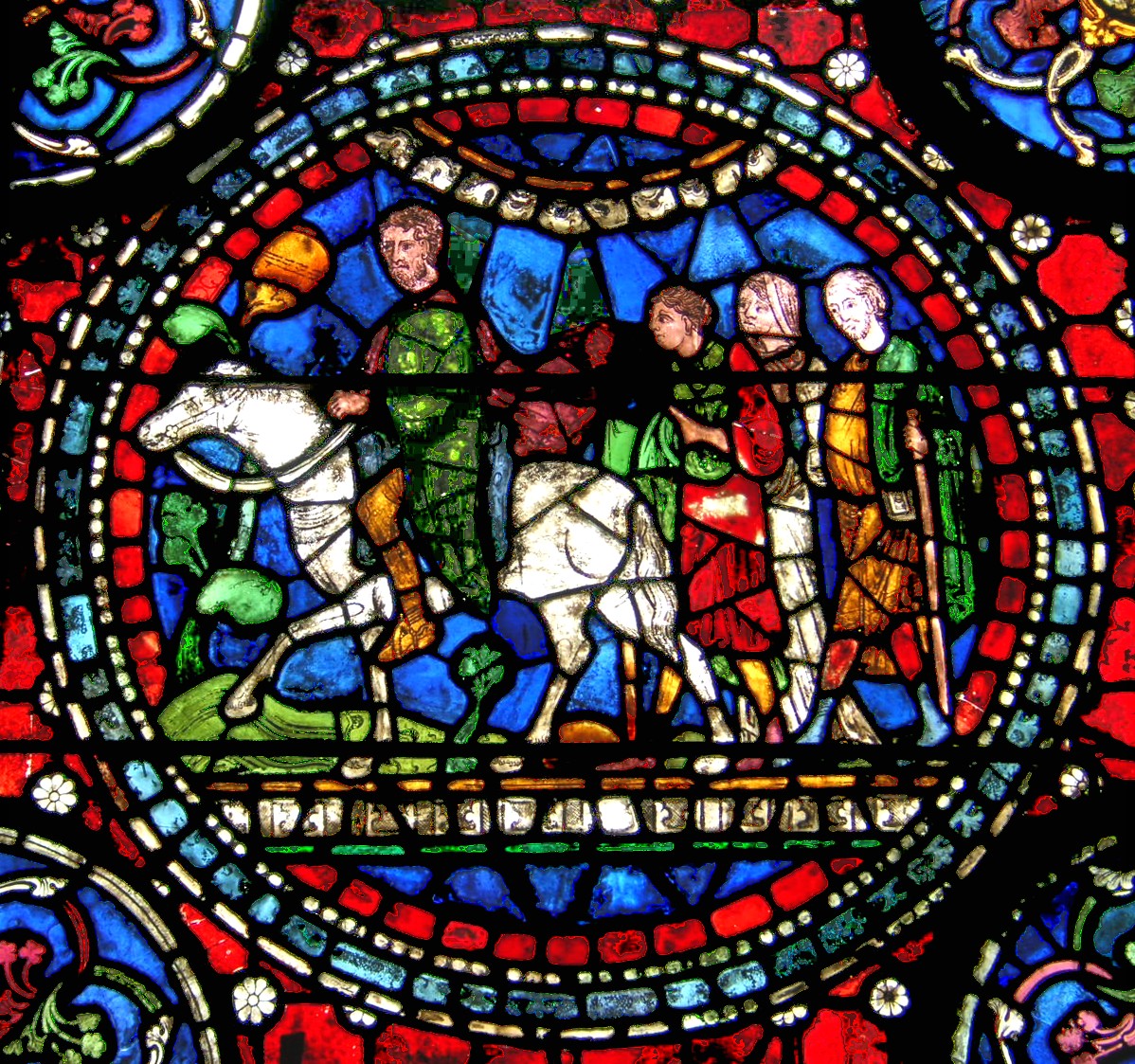 The group travels for a few hours. At midday, the pilgrims need to rest their animals and let them graze, so the humans might as well eat. The rounds of bread they brought with them are hard and must be moistened just so they can be chewed. Even then, the travel bread has the texture of wet leather. In addition the pilgrims have brought dried meat along with a few fruits and vegetables. Another option is to boil some grains like barley or oats along with vegetables.

After the meal, more hours of travel follow. Although not on a schedule, the pilgrims hope no one breaks a cart wheel or a spooked horse bolts.

This particular day of travel ends at sunset in the forest, and the pilgrims say prayers and make camp. No one in this group has brought a goat leather tent, shelter for the wealthy, but they can use cloth and sticks, large fallen branches leaning against a tree, or sheepskin cloaks for protection. They are traveling in the spring, facing rain rather than snow.

Sister Elisabeth would rather rest in an abbey. As the daughter of a count, she could ask the abbot or abbess for their hospitality of herself and her two companions. If she were a lady traveling with many servants, she could stay in the hostel for important guests, while other pilgrims use the one for commoners. In a city, she could be the guest of a bishop or count, assuming her family is not feuding with theirs. Commoners might stay at an inn and hope the innkeeper won’t steal from them. In these civilized places, the animals would need to rest for three days before the journey continues.

Here in the woods, someone lights a fire to keep away the night creatures, and the men discuss who will take the first watch. Sister Elisabeth looks forward to reaching the church in the next city, where she can pray before the saint’s relics. Being in the physical presence of a saint is worth the bad food, the uncomfortable sleep, traveling in the rain, the risk of being murdered, and the fear of demons.

This post was originally published Jan. 22, 2014, at Unusual Historicals. Sister Elisabeth and her companions appear in my novels The Cross and the Dragon and The Ashes of Heaven’s Pillar. Both books include scenes where pilgrims experience hardship.

1 thought on “Travails of Travel: A Day in the Life of a Medieval Pilgrim”