Several years ago, a then-critique partner commented on my reference to a mural in an early medieval building in The Cross and the Dragon—something like, “Weren’t they barbarians? How could they have art?”

Justice and warfare in eighth century Europe fits my modern-day definition of barbaric. Despite that grim reality, the need for art and beauty transcends time and geography. Cultures lacking our scientific knowledge and technology will display their creativity and skill, even in everyday objects like a clay pot or woven basket.

The Dark Ages was no exception to the yearning for art. In fact the Franks, so-called barbarians, had many attributes of a civilized society: poets, scholars, theologians, doctors and midwives, books and music, skilled craftsmen, and artists. Most of that without the benefit of a textbook.

So I’ve come to a couple of conclusions:

For more about a particular early medieval art form, see my post about Carolingian frescoes on Unusual Historicals. 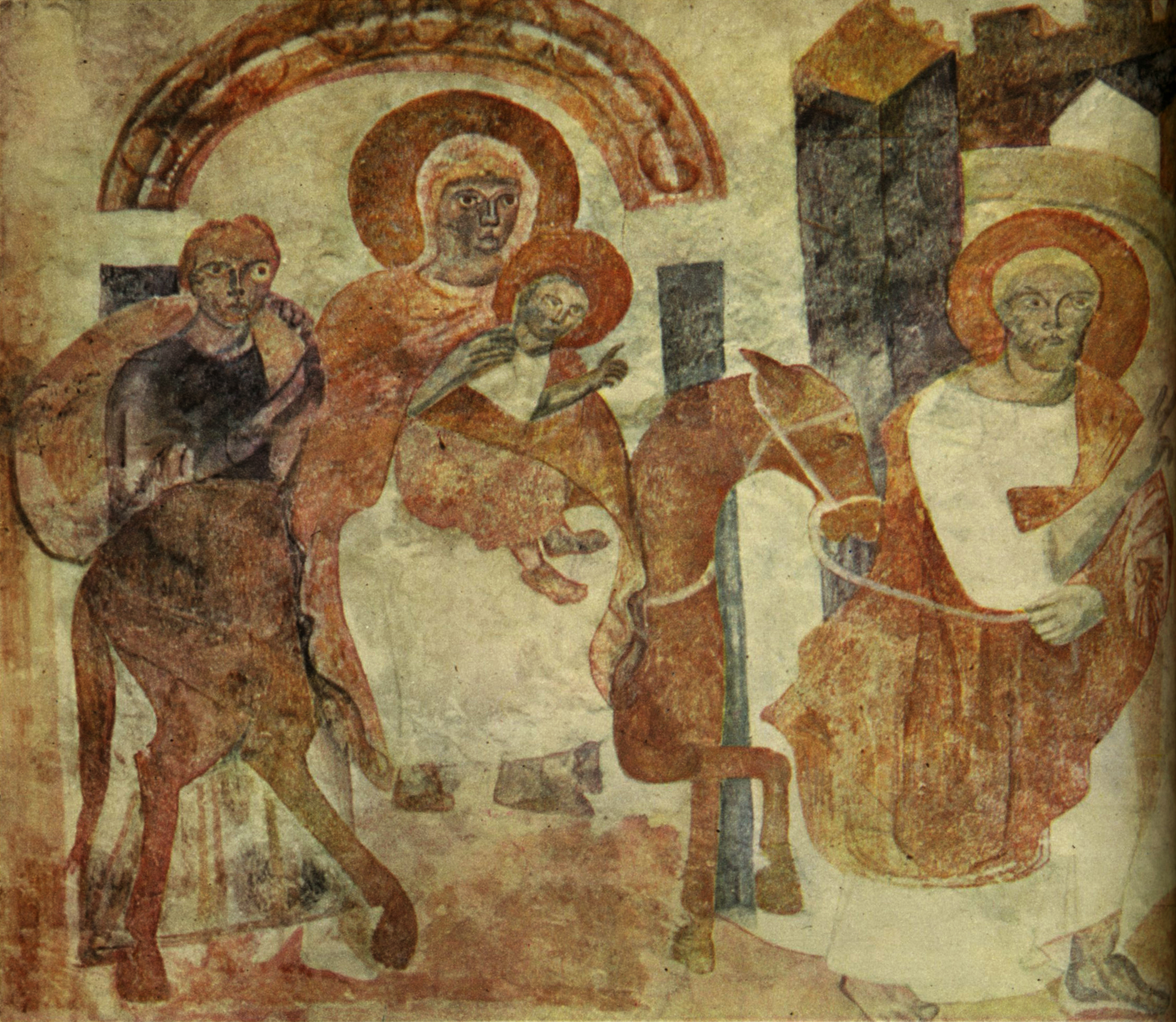 A fresco of the flight into Egypt, circa 825, Monastery Church of Saint John in Müstair, Switzerland (public domain, Wikimedia Commons)