I’m happy to welcome author Jessica Knauss to Outtakes as she introduces Awash in Talent, three interconnected novellas of people coping with special abilities. Here, she explains the need for an alternate history.—Kim

Awash in Talent follows three narrators through beautiful Providence, Rhode Island, as they deal with the ups and downs of the rare Talents: telekinesis, firestarting, and the ability to see people’s thoughts. As I wrote the novel, the paranormal elements demanded an alternate history.

Providence is so awash in history that I consider the four years I lived there research for Awash in Talent. As Patricia the psychic so joyfully remarks in the final novella, you can’t walk five paces on the East Side without stumbling over a historical marker.

The alternate history of my paranormal Providence follows real history until the late 19th century, when the three Talents came to light. No un-Talented people think of them as strange now. Early on, major adjustments were made in order to segregate Talented children during their school years, and complex legislation watches over Talented adults. Otherwise, there’s a 10 percent chance anyone you might meet on a paranormal Providence street could have one of the three Talents.

I plan to explore that history in the sequel to Awash in Talent. This first book is most concerned with the present situation of the Talents, and, to say it one way, their prehistory. Just because the Talents weren’t discovered before 1870 doesn’t mean Talented people didn’t exist. I thought they must’ve been using their special abilities although they didn’t tell anyone about them: a secret history.

Most of the prehistorical burden in Awash in Talent falls on one remarkable man. In real history, Moses Brown (1738–1836) was one of the wealthy Brown brothers, who founded what would become Brown University. Moses broke away from the family to become Rhode Island’s most influential abolitionist. 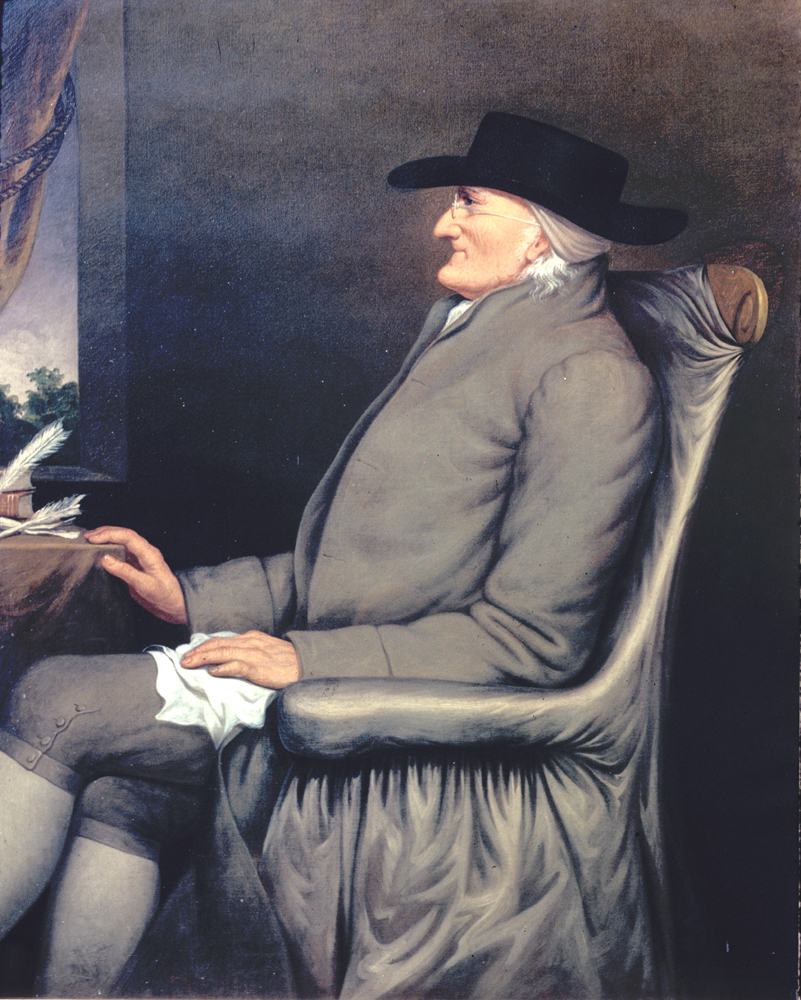 Moses donated the land the Moses Brown School occupies and served as its treasurer until his death at age 98. It maintains its reputation as a fine institution of learning. In my Providence, the school has morphed into the Moses Brown Academy for Telekinesis, the most desirable place for a child to learn about his or her Talent. Kelly the firestarter looks on with envy during an unforgettable visit that changes the course of the second novella.

We learn why Moses Brown’s school specializes in telekinesis in the final novella, when Patricia muses on her favorite misfit Brown brother: He may have been telekinetic! I enjoyed imagining what someone with that power could do for the abolitionist cause. “The stories go that at slave auctions where Moses was present, the shackles mysteriously lifted off the men and women as they were brought to the display area,” Patricia tells us.

When I choose which parts of history to change for my paranormal Providence, I honor real historical research. I also claim issues to highlight and explore in the story. If Moses Brown, defender against slavery, had a Talent, who’s around now to defend Talented people?

About Awash in Talent

So much Talent can kill you.

Kelly must escape her pyrokinesis school and bring Emily’s sister to Boston—her mother’s life depends on it.

Appointments with Emily might drive her psychic therapist insane.

With so much Talent, sometimes it’s all you can do to function in an un-Talented society.

Awash in Talent will be released June 7. It is now available for preorder on Amazon.

Jessica Knauss was born and raised in Northern California but has wandered all over the United States, England, and Spain, including four wonderful years in Providence. She’s been a librarian, a Spanish teacher, and an editor. Get updates on her writing at:
JessicaKnauss.com
Jessica’s blog
Facebook
Twitter
Goodreads
Pinterest
Jessica’s Amazon Author Page

3 thoughts on “What If the Abolitionist Had Telekinesis?”