We don’t know how Bertrada of Laon felt about marrying Pepin, mayor of the palace. Was she overjoyed to join a Frankish family more powerful than the royal Merovingians? Or did she see herself fulfilling her duty to her kin as a partner in building an alliance? What did she think of Pepin as a man?

Whatever her sentiments during the nuptials in 744, she was not about to give up on her relationship with her husband when he sought to end the childless union two years later. At least, I think that’s what Pepin tried when he asked the pope about illicit marriages – he and Bertrada shared a set of great-grandparents.

Had Bertrada been willing to go quietly, she could have taken the veil, perhaps even held out for her own abbey to rule. But she didn’t. And the pope told Pepin canon law prohibited remarriage after a divorce.

So Pepin and Bertrada stayed together, and the story has a surprisingly happy ending, the reason I’ve chosen to write about them as an unlikely romance at Unusual Historicals.

Would history classes have been more interesting if we occasionally paused and asked, “What was going through their mind?”

Often there is no way to know for sure. So this question invites speculation rather than the cold memorization of names, dates, and events. But it does make the person we’re studying human and real to us.

This question occurred to me as I read about Saint Willehad, an eighth century priest and missionary to pagan Frisia and Saxony. What was he thinking in 782 when he had to flee from pagan Saxons who burned churches he founded and killed his followers? Did he feel betrayed that the very people he was trying to help turned against him? Or did he feel like he had somehow failed those lost souls?

Thinking about Willehad’s point of view by its nature excludes others – that the Saxons had valid grievances like forced conversion and exorbitant tithes.

In the 21st century, it’s easy to find fault with both sides and such objectivity is important to get a balanced picture of what happened. But it also distances us from the people, complete with virtues and biases, who inhabited our past.

For about the history of Saint Willehad and my speculation, read my post on English Historical Fiction Authors.

An 1880 fountain honoring Saint Willehad, next to the cathedral in Bremen, Germany, was melted down in 1942 (photo shot around 1900, public domain via Wikimedia Commons).

In this installment of the history of atom theory, physics professor (and my dad) Dean Zollman discusses the problems physicists had with Bohr’s model – and they could get downright catty. – Kim

If you look at a description of the Bohr model of the atom in most textbooks or many popularized accounts, you could easily get the impression that it was an immediate success. Physicists were troubled by some of its assumptions, but it worked, so they moved on. However, like several other developments that I have discussed in these posts, the history is more complex. Many physicists were not just unhappy with some of the assumptions, they were sure the entire model was absolutely wrong.

Basically the Bohr model of the atom was an attempt to use the classical physics of Newton, Maxwell, and others but incorporate the quantum ideas of Planck and Einstein. Thus, it was the beginning of a revolution but not as great as the revolution that was to come soon. As a result of Bohr’s quantum-classical blended model, five major concerns arose.

So, there were some rather good reasons to wonder if Bohr was making up a story that just did not fit with the known laws of physics. However, for many people something was more important than these concerns. The Bohr model worked in a way no other model of the atom had. Bohr had been able to reproduce the equation for the spectral lines that had been discovered by Balmer. He had also explained several recently observed effects. That was enough for some physicists, but not for all.

Arnold Sommerfeld (1888-1951) at Ludwig Maximilian University in Munich did see the positive side of Bohr’s model. He and his colleagues made modifications to the model by assuming that the electron would move in elliptical orbits rather than circles. (Then, the electrons are moving in a manner similar to the planets around the sun.)

This change made the connection between the model and recent accurate measurements even better than the model with circular orbits. Thus. These refinements to create the Bohr-Sommerfeld model gave the model more credibility than it had before.

The Bohr-Sommerfeld model of the atom (by Pieter Kuiper, public domain via Wikimedia Commons) 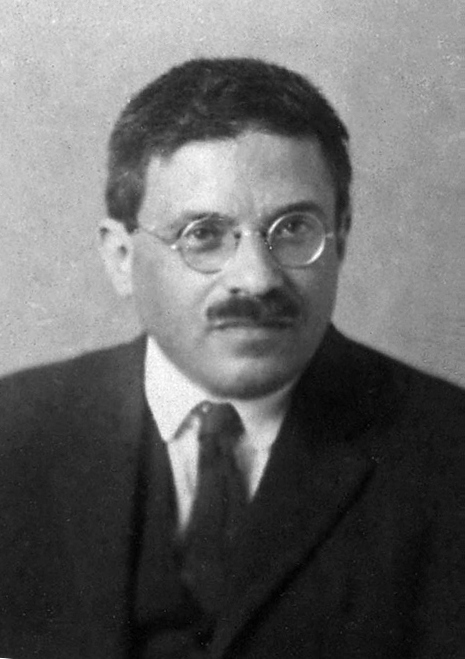 However, not everyone was happy with this turn of events. Paul Ehrenfest (1880-1933) wrote to Sommerfeld to congratulate him on this work. His statement was somewhat a back-handed compliment. He said, “Even I consider it horrible that this success will help the preliminary, but still completely monstrous, Bohr model on to new triumphs, I nevertheless heartily wish physics at Munich further success along this path!” Earlier Ehrenfest had written to Hendrik Lorentz (1853-1928), “Bohr’s work on the quantum theory of the Balmer formula, has driven me to despair. If this is the way to reach the goal, I must give up doing physics.” Clearly, Ehrenfest was not a fan of the Bohr model.

One of the least diplomatic critics of Bohr was Johannes Stark (1874-1957). In 1919, Stark received the Noble Prize for two discoveries. One of these discoveries, which bears his name, is that spectral lines will split into more than one line when the atoms that emit them are in an intense electric field. Other physicists were able to use the Bohr-Sommerfeld model of the atom to explain why this splitting occurs. That did not, however, stop Stark from taking an intellectual shot at Bohr.

During Stark’s Nobel Lecture, he stated Planck’s hypothesis “forms the starting point of Bohr’s theory of the emission of serial lines. Although I myself once stood on the threshold of this theory, and although the final formulae give a series of frequency relationships in the spectral series which agree well with observed facts, I am nevertheless unable to believe it, because in its provisions it postulates suppositions which contradict, not only Maxwell’s theory, but the very spirit of physics. This criticism is directed not at Planck’s quantum of action, but at the hypotheses of Bohr which are bound up with it.”

In other words, Planck’s ideas are OK, but Bohr misused them and must be wrong. I have not found any record of Stark’s thoughts when Bohr was the recipient of the Nobel Prize three years later.

Stark’s choices in politics were also not very wise. With Philipp Lenard (1862-1947) he led the Deutsche Physik (German physics, sometimes called Aryan Physics) movement during the Nazi period in Germany.

There were also many critics of Bohr’s model in England, including J.J. Thompson (1856-1940), the discoverer of the electron, and John William Nicholson (1881-1955), who developed his own atomic model.

All of the criticisms were eventually silenced when Bohr’s model was replaced by modern quantum theory. We will get to that in a couple of months. But, first we will look at an explanation for why the electrons do not radiate while moving in an orbit. This hypothesis partially helped give a foundation to one of Bohr’s assumptions and laid more of the groundwork for quantum theory. It even involves a French prince.

(Several of the quotations in this post are reproduced from a series of papers written or co-written by Helge Kragh.)