Perhaps the most fearful characteristic of water nixies is their allure.

These magical creatures appear as beautiful women, but they trick fathers into giving up their sons or outright kidnap and enslave children who fall into wells. My early medieval characters grew up hearing tales like “The Water Nixie” and “The Nixie of the Mill-Pond”. These beings have such a hold on the imagination, that they, not the protagonists, are in the titles, and what might have frightened listeners most is that the villains, although defeated, are still alive and able to wreak more havoc on mortals.

See my post on Unusual Historicals for more about water sprites that terrified my characters. 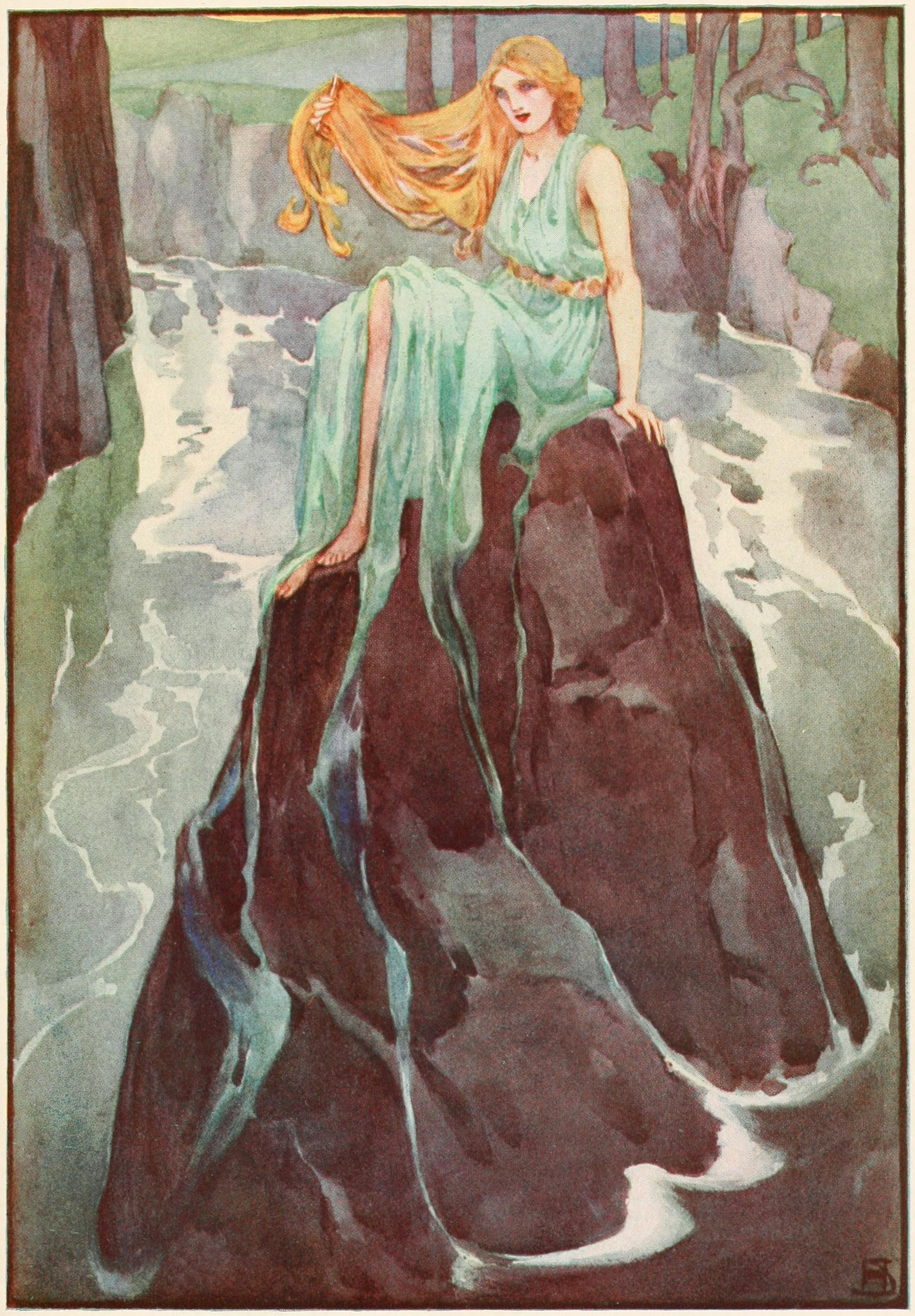 Helen Stratton’s illustration of the Lorelei in A Book of Myths (public domain, via Wikimedia Commons)

It’s easy to forget commerce in early medieval times. Yet that sign of civilization existed despite wars, disease, and famine.

In an age when only a few could write, most sales went unrecorded, but those that were used monetary units to say what the trade was worth. A parcel of land was described as being worth 6 deniers or that value in goods such as food and animals.

Despite a lack of formal schooling, early medieval people knew how to bargain, although they often bartered for what they wanted. See my post at English Historical Fiction Authors for a sampling what goods were prized in the Dark Ages. (Hint: Fur was a status symbols in those days, too.)

Daily Life in the World of Charlemagne by Pierre Riche 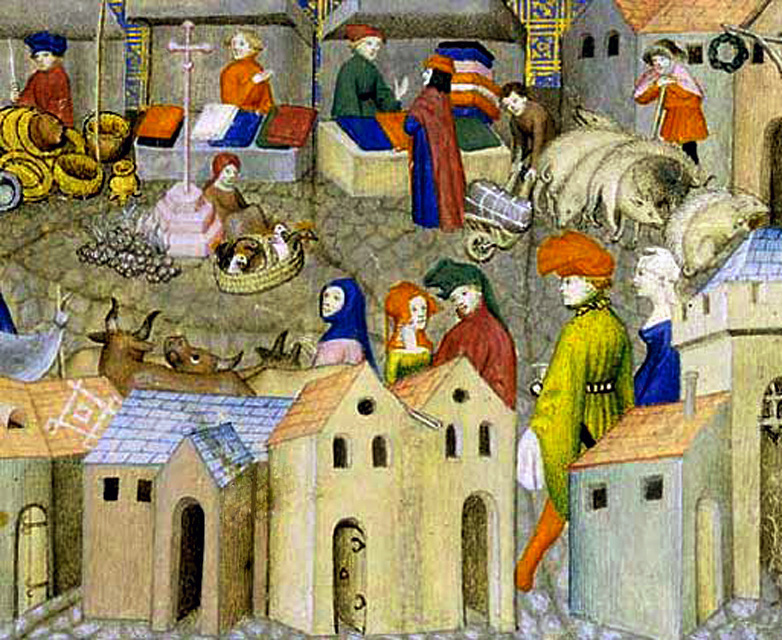 It’s easy for modern-day Christians to sneer at believers in early medieval times.

After all, the folk did not question Saint Augustine’s teachings that babies who died unbaptized would be damned but receive the lightest of punishments. Although these children did nothing wrong, he reasoned they were born with original sin, which only baptism could remove.

One common response to my posts about this subject is something like: how could the early medieval faithful believe a teaching that goes against the Bible?

Most early medieval Christians could not look up Scripture for themselves. The vast majority couldn’t read. Only wealthy parents could afford tutors for their sons and daughter rather than have their children do farm work. Schools run by the Church were mainly to train the clergy.

Besides, only an elite few could afford books. Commoners needed their land for crops, not a herd of sheep whose skins would become pages. To peasants, sheepskin was something to wear, not read.

And then there was the labor to hand write the Latin, add artwork, and bind the books. Bibles were as inaccessible to peasants as yachts are to most of us.

So most of the laity, especially commoners, had no choice but to know the Bible only through murals and statues and sermons. They believed what the priests told them and little beyond that.

Today, we have mass-produced Bibles in multiple languages and multiple translations of a language. Heck, we can even Google a verse. Darn near everyone in the First World can look up a concept quickly and easily, study it, and argue about it, and that process cultivates a more mature understanding of the faith.

But many 21st century Christians have Bibles that remain unread on their shelves. Many who profess to follow the faith choose to be as ignorant as their counterparts in the Dark Ages. And that should distress us more.

From a manuscript crafted in 820 (Public domain, via Wikimedia Commons)